Saving Money is NO Accident!

Founded by Michael W. McGee, Eureka General is an independent insurance agency that has been serving the greater Bay Area and Central Valley since 1970. Michael has won many high professional honors including the Insurance Agent of the Year Awards in 1975, 76, 78, 81, 83, 85 and 87. He received the Outstanding Young Men of America Award by the U.S. Jaycees in 1977 and the Who's Who in California Award in 1983. He served on the President's Advisory Council with MSI Insurance Company from 1974 through 1985.

He joined an elite group of life insurance professionals with his entrance in the Millionaires Club, 1974 through 1987, and the Multi-Millionaires Club from 1978 through 1987. In 1988 he was named an 'MVP' Agent (Most Valuable Producer), with the Reliance/ United Pacific Insurance Companies and a Key Agent with the Travelers Insurance Companies qualifying for the 'NLC' Agent (National Leadership Club). He also is a graduate of the Life Underwriters Training Counsel , a member of the Life Underwriters Association and the Independent Insurance Agents of America.

Michael's philosophy throughout his career is "Always Be Available".

Thank you for contacting us! If needed, you will hear back within 48-72 hours. 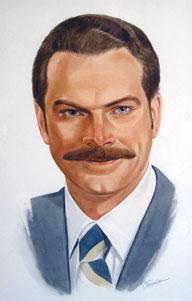